Erin Spaulding is the current President of the Achilles Connecticut Chapter.  Starting as a volunteer leader, she began working for Achilles International as part-time regional director in 2014. 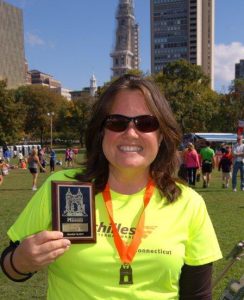 Erin first joined Achilles in 2012 as an athlete, following a traumatic brain, neck and shoulder injury she sustained in 2010. A life-long athlete, Erin was an avid runner and triathlete at the time of her accident. She used her determination as an athlete in her recovery at Gaylord Hospital, re-learning how to coordinate her walking-and later running. Joining Gaylord’s Adaptive Sports Association and Achilles gave her back that piece of her life which she thought was gone forever. She became the President of the Connecticut Chapter to show others with differing abilities that anything is possible.

Her story and accomplishments with Achilles International have been featured in local media here in CT, in the Cigna GO YOU! campaign (The Road Home), and Runner’s World Magazine (June 2013). In 2015 she was named to the Aiello Inspiration Team for the Eversource Hartford Marathon.  Erin was also a finalist in Nike’s ‘Nominate Your Nike’, and a recipient of the Frederick DeLuca Community Service award.

A graduate of Boston College (BA) and Boston University’s Wheelock College (MS), Erin worked professionally as a child life specialist in hospitals in Boston and Connecticut prior to joining Achilles International. She is active in her community, and volunteers her time and professional expertise with various boards and organizations.
​
Erin and her husband Michael live on the Shoreline with their three children, Katie, Caroline and Conor, and a goldendoodle named Charlie.  They are all die-hard Red Sox and Patriots fans! 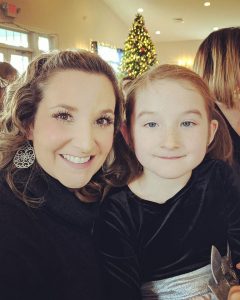 Nicole Schreier is the Vice President of Operations for the Achilles Connecticut Chapter. Nicole started with Achilles as a guide, and has progressively become more active in volunteering “off-road”, first by volunteering for the H&P Race Committee in 2017, and then taking on the role of Training & Official Charity Volunteer Coordinator in 2018 prior to joining the Executive Board. Nicole works as a Compliance Analyst in the insurance industry and brings her strong organizational and procedural skills to the team. In her free time, you can find her doing Crossfit, running, cooking and spending time with her husband, Brian, and her daughter, Charlotte. 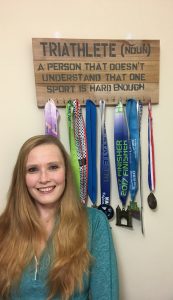 Tiffany Studer joined Achilles in 2015 as an athlete. At the time she was interested in the racing opportunities and training partnerships the chapter provided in order to prepare for a triathlon she was competing in through Gaylord Sports Association. The first race Tiffany ever participated in using adaptive equipment was the inaugural Achilles Hope and Possibility® presented by Cigna in 2016. Since then, Tiffany has grown increasingly active in the chapter, participating in race distances from 5k to full marathons. Tiffany uses a hand cycle or push rim, depending on the race, and also loves to swim. She works as a second-grade teacher and part-time tax preparer. In her free time she cuddles her two orange kitties, and dreams big for her next adventure. 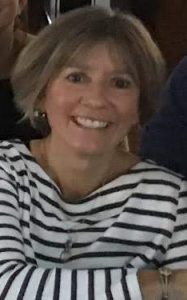 school cross-country team – challenged her to run the Manchester Road Race one Thanksgiving. Since that first race, Jo-Anne has gone on
to complete over 10 marathons and is still going strong. When she retired in 2015, Jo-Anne made it a goal to become a more active volunteer … Achilles was a natural way of combining her love of running with her desire to give back. Jo-Anne joined Achilles in 2016 as a guide, and in 2018 increased her involvement by becoming co-treasurer.

Jo-Anne and her husband John live on Bolton Lake in Vernon, CT. If you
can’t find Jo-Anne on the roads running or biking, check the lake for her on her paddleboard.

Darin Meder joined Achilles CT in 2018, after being impressed by their 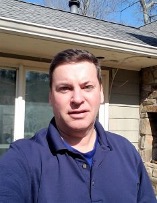 outreach and leadership. His first encounter with the organization was through his volunteer work with the Madison Jaycees at their annual
Madison Triathlon.

An avid volunteer for many organizations and events over the years, starting in high school and continuing during his days at UCONN and well after, Darin looks forward to contributing to the Achilles team and organization. As a lifelong lover of soccer, he continues to be involved in his kid’s teams both as coach and manager, as well as one daughter’s dance and acting pursuits. He also foolishly puts his old body through the motions on the soccer field as well, competing in a men’s league for the past 20 years.

Darin looks forward to hanging with friends, laughing as much as possible, and tries to live by the motto, “When the Sun is Shining, I Feel Obligated to Play Outside.”  He lives in Guilford, CT, and cherishes living vicariously through his amazing three children, Tatum, Natalie, and Blake.

Patrick joined Achilles Connecticut in 2018, being inspired by Achilles athletes, who he 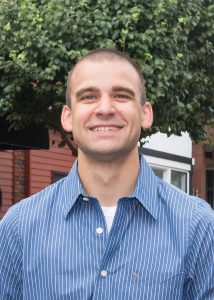 repeatedly saw competing with their teams in events across Connecticut.

Helping others and running are at the core of Patrick’s professional and personal passions. Patrick’s career is focused in healthcare and safety where he currently serves as an Emergency Management Director for a Connecticut healthcare system. He previously held positions as an Emergency Medical Technician (EMT), instructor, and project leader for an emergency preparedness program for people with disabilities, access and functional needs.

He is an avid runner, spending the last 15 years running for pleasure but also in pursuit of pushing himself beyond his limits. From road races to the trails, Patrick enjoys long distances from 5k to ultra marathons. Patrick enjoys the way running allows him to be outside, stay healthy, and think. He loves to share this passion with others. With a dream and a positive attitude anything is possible.

Patrick and his wife, Melissa, reside in Southington.